Kinetic art captures a significant time in art and world history. Likely, one has seen this art style in a museum and did not realize it was part of that movement. This style can appear in multiple forms, including print, sculpture, and even buildings. With further understanding, one can see the magic, beauty, and meaning that art collectors can readily appreciate today. 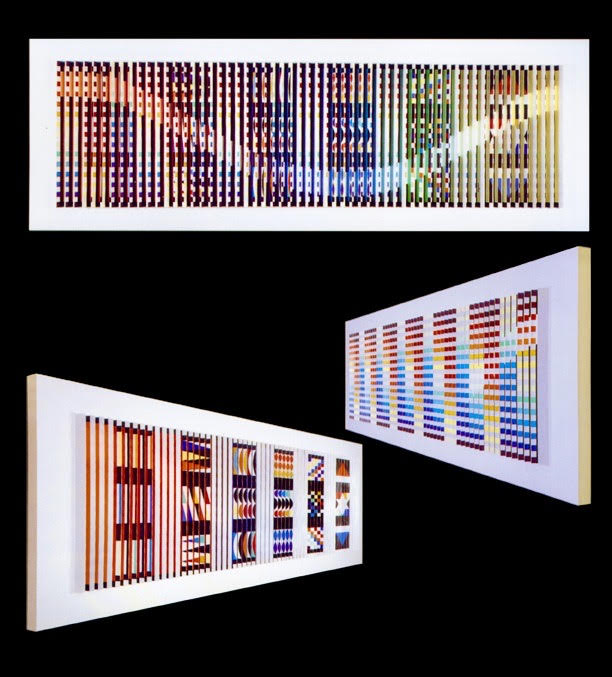 Like its art, its definition is hard to capture in one set view. Kinetic art refers to artwork mainly from the 1920s onwards that emphasizes the relationship between time and space through mechanical and aesthetic means. More broadly, it is art that captures movement. Rather than capturing natural forms in motion like an animal running or a person dancing, however, it often uses geometric or abstract shapes and three or four-dimensional constructions.

Art that suggests motion or moves has existed more or less from the beginning. However, at the time of the kinetic art movement, the world had charged through the Industrial Revolution and continued to progress toward even greater technological and scientific advancement. Some people feared that the less mechanical side of human nature, even the soul, was abandoned by society or perhaps never existed.

In response to this global culture, artists combined mechanics with aesthetics, beginning notably with Marcel Duchamp, a major Dada artist, in 1913. His sculpture, Bicycle Wheel, is a bicycle wheel stuck through the top of a stool. He just liked the look of it, and the wheel’s movement reminded him of flames in a fireplace.

Another precursor to kinetic fine art is Standing Wave, created by Naum Gabo in 1920. This sculpture is a metal rod through a wood board that waves rapidly through electricity. The rapid movement gives the illusion of a static, curvilinear shape. László Moholy-Nagy, a Hungarian artist, later built Light Space Modulator in 1930, a machine with many moving, interlocking parts and lights that culminated in a visual illusion. Both he and Gabo were co-authors in Kinetic Art manifestos.

Yaacov Agam, Yankel Ginzburg, Len Janklow, and many others comprise the great kinetic artists. Yaacov Agam, an Israeli-born artist, has been well-known for his illusory and shifting artworks and sculptures since 1953; his bright colors, intricate patterns, and clever designs are still fascinating to the casual viewer today. 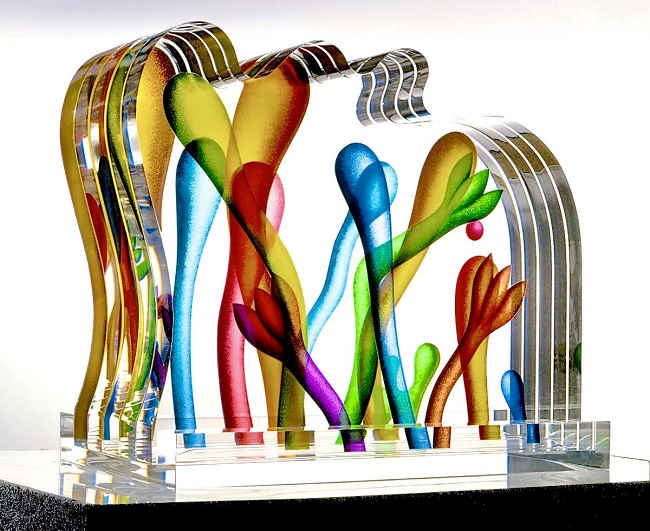 “Thru the Looking Glass” by Yankel Ginzburg, sculpture with five sliding panels

Since 1979 Zimmerman Editions Ltd. has worked closely with many internationally acclaimed artists to execute editions of their most unique images. Collaborating directly with the artists, Zimmerman Editions’ atelier has printed, fabricated, and published many special limited editions of fine art, including both prints and sculptures. All images have been faithfully produced to meet the artists’ most exacting requirements. Many of these high-quality art prints and objets d’art are represented in public and private collections around the world.

If you are a fine art dealer or marketer, or interested in collecting contemporary fine art, contact us today through our short form or our number at 888-464-1850. For more about fine art, keep in touch through Facebook, Twitter, and LinkedIn!