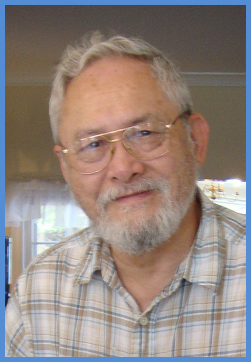 Alfred Laoang was born in Chicago in February of 1939.  As a boy of 4 or 5, he saw people drawing and somehow knew that this was what he wanted to do when he grew up. “From that point in time,” he says, “my parents would always catch me drawing.  Not very good at first, but to me it was like breathing.”   After graduating from high school, he worked at a map studio to earn and save enough money to attend the American Academy of Art school in Chicago.  There, he studied watercolor with Irving Shapiro and portraiture under Bill Mosby, who also taught the renowned portrait artist Richard Schmidt.

In 1962, Mr. Laoang was called into the U.S army.  He was assigned to the U.S.  Army Exhibit Unit in Alexandria, VA as an illustrator.  He was the only one in that unit who was accepted without a degree.  During his term there, he illustrated army related subject matter for publications, exhibits and military feature movies.

When his term in the army was finished, he attended Philadelphia College of Art where he studied under watercolorist William Barnett and illustrators Isa Barnett and Al Gold.  He also met his wife to be, Dorothy Camhi, there.  In 1968, he graduated with a BFA in Illustration.

Soon after, Mr. Laoang headed to Washington D.C. and began his career as an illustrator.  He found work at the Pentagon as an artist where he stayed briefly before transferring to NIH (National Institutes of Health) where he worked as an illustrator and graphic designer for over 35 years before retiring.  During his early years at NIH, he married his PCA classmate Dorothy who encouraged him to persue a master’s degree in fine art.  While working and starting a family, he attended George Washington University at night.  In 1974, he graduated with an MFA in painting.

Over the span of his career at NIH, Mr. Laoang painted a multitude of portraits; all the NIH clinical directors, retirees, and scientists such as Charles R. Drew, which currently hangs at their blood bank.  These portrait paintings are a part of NIH’s permanent collection. He also created numerous posters, two of which have appeared inPrint magazine.

Since retiring, Mr. Laoang has devoted his time to fine art with a strong interest in plein air painting, drawing and portraiture. He attends life drawing sessions regularly and is inspired by the portraiture conferences that come to Reston, VA.  He says, “ The drawing sessions, for me, are the purest expression of my art, because it is spontaneous and not controlled by clients.  I feel the most free when drawing and painting on the spot.”

Mr. Laoang has exhibited his work in Philadelphia, PA, Alexandria, VA, Washington, D.C., Chicago, IL, Omaha, NE and Bethesda, MD. He has memberships with the Illustrators Club of the Washington Area, the Maryland Society of Portrait Painters, MCPAA (Montgomery County Plein Air Artists), Society of Portrait Painters of America and the Art League of Germantown. He is also the recipient of several awards including a Merit Award from NIH, First Place and Honorable Mention in drawing in The 74th Annual International Exhibition of Fine Art in Miniature in 2007 and honorable mention in the 75th International Exhibition of Fine Art in Miniature. Attends portrait sessions at Hood College, Montgomery College, Frederick Portrait sessions and Figure drawings sessions.

Additional information on Al Laoang can be found on his website, www.aclart.com